You are here: Our Curriculum | Curriculum Subjects | Science | How to Make a Oobleck

How to Make a Oobleck

Mix 50 ml of water to 100g cornflour, and add a few drops of food colouring.

The consistency should let you roll it in your hand into a ball, then drip back into the container when you stop rolling. 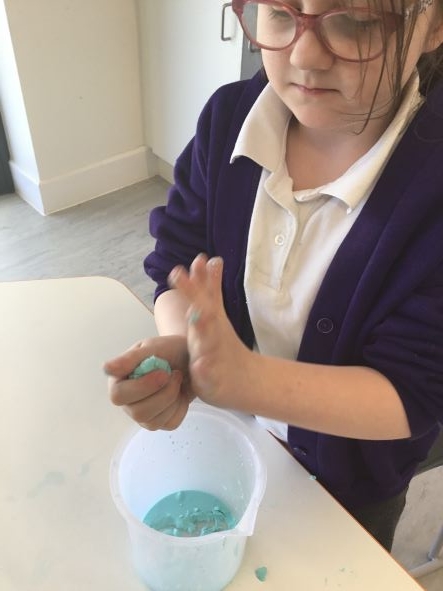 You can play with it and experiment. Try punching it, rolling it, pushing it.

This is called a non-Newtonian fluid, as it doesn’t obey Newton’s Law of Viscosity - the liquid changes depending on the force you apply to it.
Fun and messy.