You can receive future news updates from the school by subscribing to our RSS feed. You can do so via your mail client (such as Outlook or Thunderbird) 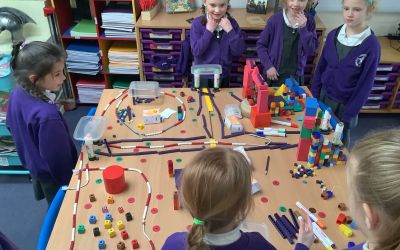 In the Spring 1 half term, Year 2 have been learning about 'Innovation and Legacy', exploring the Roman Empire and its effect upon the British Isles. In order to demonstrate their knowledge, the children were asked to construct a Roman town. Their towns needed to include: straight, paved Roman roads, a basilica (town hall), a forum (marketplace), a temple, some villas for the population to live within and a latrine building (yuck). As you can see, they did a fabulous job using their imaginations to represent the buildings and roads with a range of classroom resources.

This half term, Year 2 are reading 'Halibut Jackson', a story about a shy boy that likes to blend into a scene with his colourful, camouflaged jackets. The children have been experimenting with camouflage in our outdoor areas and have been hiding Halibut Jackson amongst the leaves and the trees. 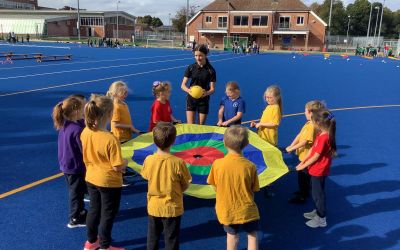 Year 2 were invited to a multi skills event that took place at Broadwater Secondary School. The children ran, jumped, skipped and threw a range of objects under the watchful eye of Broadwater's incredible sports leaders. 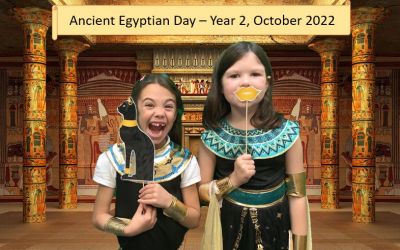 To celebrate the end of our 'Cradle of Civilisation' topic, Year 2 held an 'Ancient Egyptian' day. The children dressed up and took part in a range of Egyptian-themed activities. They mummified soft toys, filled their own Canopic Jars and even took place in an Ancient Egyptian photo booth. 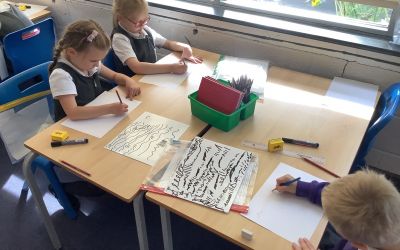 In our Autumn 1 music lessons, the Year 2 pupils have been learning to draw music using lines and symbols: a technique known as graphic notation. The children will begin to use this graphic notation to help them compose and replay their own body percussion rhythms. 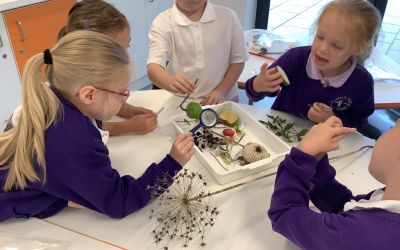 In our Autumn 1 science lessons, the Year 2 pupils have been looking at how plants reproduce and how they disperse their seeds. They have observed numerous examples of seeds, designed their own plants and even managed to make their own paper version of a sycamore (helicopter) seed. 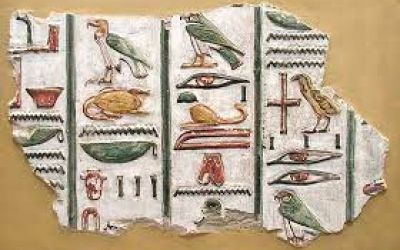 In our Autumn 1 history lessons, the Year 2 pupils have been looking at the cradle of civilisation: particularly focussing on Ancient Egypt. The children have examined the significance of the River Nile, learnt about the mummification process and learnt to decode hieroglyphics. 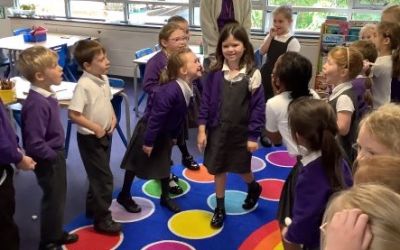 In Year 2, the children have been reading Zeraffa Giraffa by Diane Hofmeyr. As part of their studies, the pupils took part in a conscience alley to try to persuade one of the main characters not to send Zeraffa to Paris.